Character at a Glance: Sano

To celebrate the release of my first webnovel The Malicious Wind, I want to dedicate a post to the main protagonist of the story, Sano!

I feel like Sano is a good character to discuss right now, because he's the type that can pull through difficult challenges without losing his spirit. He's someone that I personally find inspirational during these uncertain times. 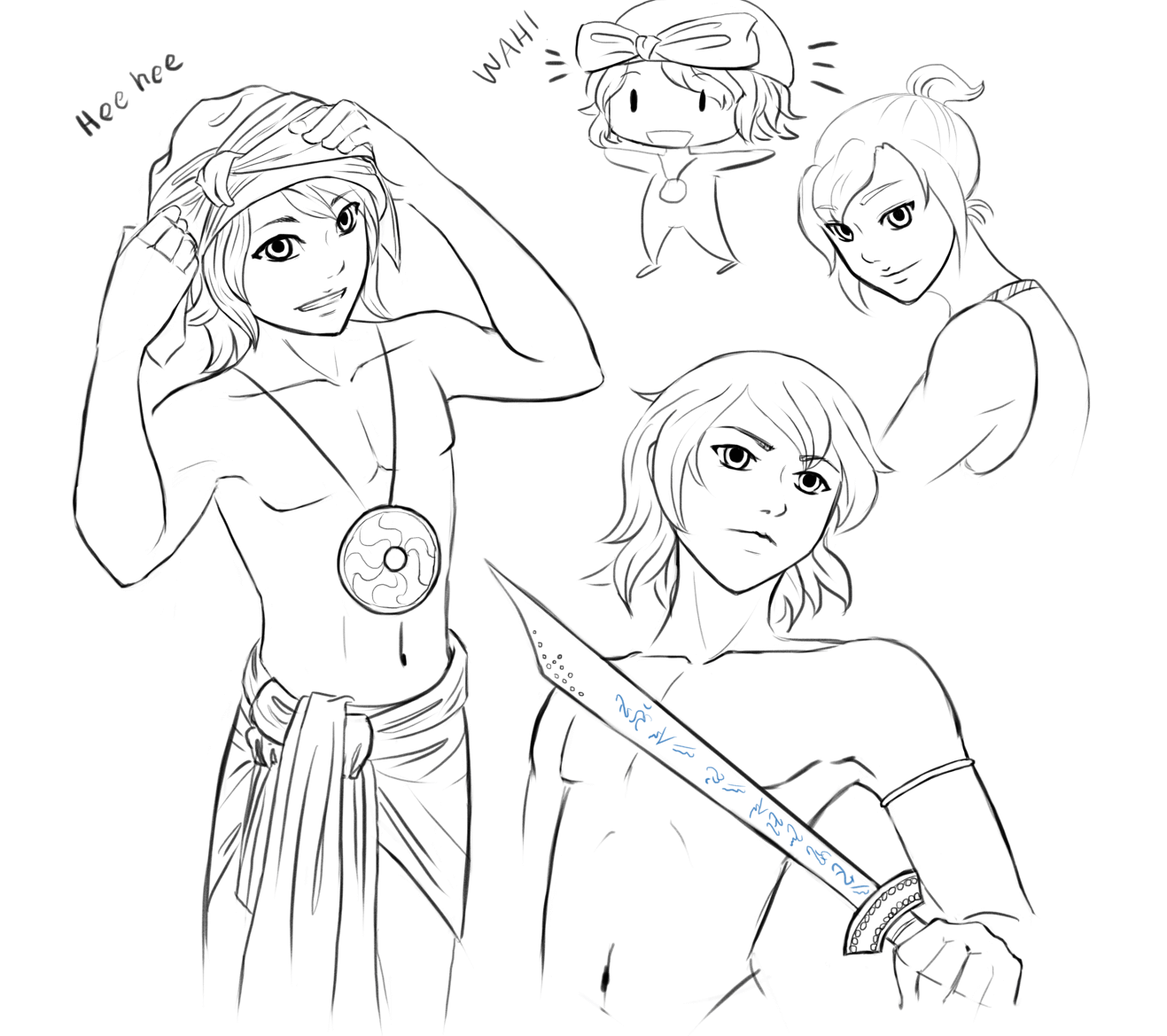 Sano is a sixteen-year-old boy who grows up in a forest by the foothills with his mother. Because his mother is a practitioner of illegal magic, they keep mostly to themselves, avoiding all contact with other people unless those people intend to do business with them. Sano spends his idle time dreaming of venturing into the real world.

One day, he ironically gets his wish -- by becoming a wanted criminal. Sano is driven out of isolation by warriors who intend to arrest him and bring him to the king for questioning and execution. Sano flees from his home with the help of a girl, Anina, and they work together to evade the king while trying to reunite with his mother. 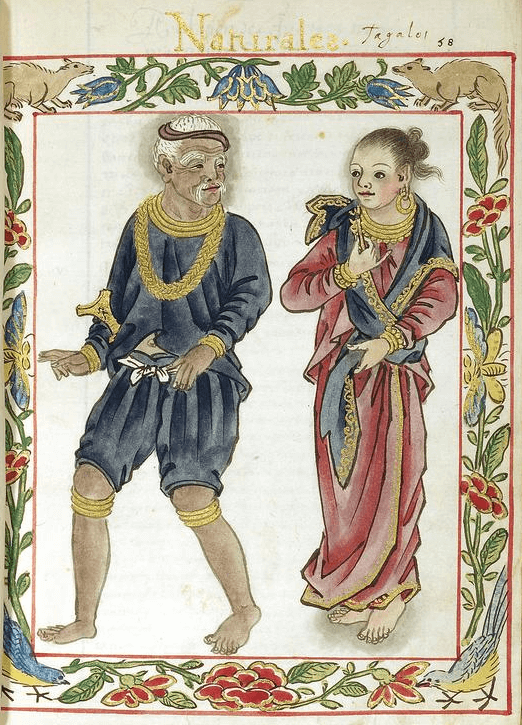 A little over four years ago, I realized that if I ever wanted to see a fantasy novel that takes place in an alternate, magical universe inspired by precolonial Philippines, I would have to write it myself. I didn't know if there was someone out there already writing the type of story I wanted to read, but if they were, fate didn't seem to have any plans of letting us cross paths.

Unfortunately, even though I felt that a pre-Hispanic Philippine fantasy would make an amazing concept, I had an incredibly challenging time visualizing it. I'm a pretty visual writer -- ideas usually come to me in flashes of scenes driven by certain characters.

When I thought about precolonial Filipinos at that time, I was unable to come up with anything interesting. Part of it was because precolonial history isn't really a large part of mainstream Filipino cultural consciousness. At least it doesn't seem that way based on the decade of my life I spent there, nor does it seem that way when my family, relatives, or other Filipinos I know talk about our national identity. We're not like people from pretty much any other ethnicity, who can claim long, rich histories, spanning millennia. The average Filipino likely can't speak about our history beyond 1500.

The other reason why I was unable to come up with an interesting plot was because the little I did know about precolonial Philippines wasn't that flattering. Even after I watched Amaya, the first TV drama that takes place in pre-Hispanic Philippines, the impression I had of their civilization still didn't feel like it could support the kind of story I wanted to see. Amaya was amazing in what it was able to do, but the plot centered around polygamy, infidelity, and slavery. It still didn't seem like a place where great magical adventures could happen. So based on the few, unflattering facts I learned from grade school history, and the imagery of somber politics from Amaya, I found myself unable to craft a story that I resonated with. I was unable to come up with a character I could relate to.

Realizing that I couldn't relate to precolonial Filipinos, even to imaginary ones that can populate magical alternative worlds, came as a great shock. There I was, consuming book after book of stories set in distant lands, in eras so ancient, or in worlds entirely imaginary, and yet somehow I couldn't relate to my own ancestors, people who existed just some five hundred years back.

And that's when I knew what character I needed to drive my story. Someone who is humbly human. Someone who just wants to be seen, to be known and to be remembered as one. He laughs and cries, he dreams and despairs, he has his goals, he has his problems.

And that's how Sano came to be. 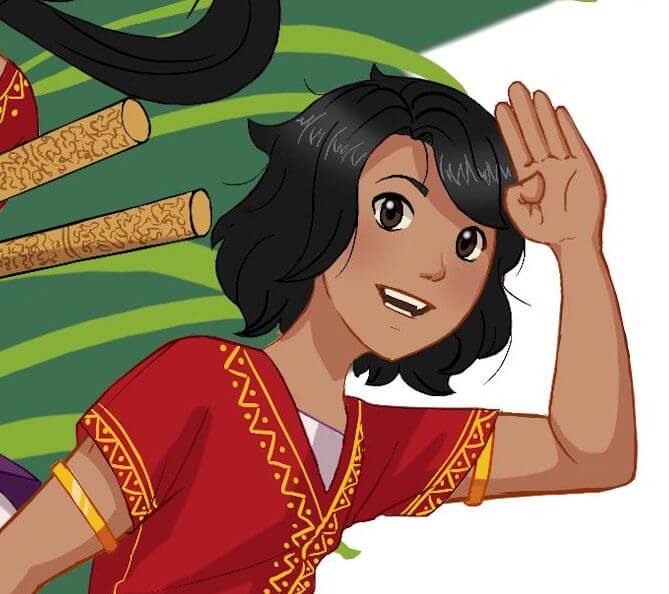 From the beginning, I had a better handle of Sano's character than I did of Anina, in the sense that he didn't undergo as many changes as Anina did over the course of my writing. Sano is happy-go-lucky, eager, empathetic, and quick to trust. On the downside, he is naive, gullible, and unable to deal with any kind of negative emotions, which he often dismisses.

Despite his consistent characterization, he was more difficult to write than Anina. His personality is so different from mine, that sometimes I couldn't find the right path forward in the plot, because the way Sano would react didn't feel "realistic." His reaction would never be my reaction, so I struggled with figuring out whether I was making him do things simply because the plot needed it, or because those things truly made sense for him to do.

But even though I could relate to Anina more, the story is definitely better led by Sano -- someone who is resilient, brave, and compassionate. In turn, I never gave up writing even when it became difficult, because it was almost like Sano was pushing me to write his story, to write his victories. And it was important for him to be victorious, because if he fails in his quest to be seen and acknowledged as a human, then it would seem like I had failed in seeing people like him as a human. In short, to prove to him that his story was worth telling, I really had to finish telling it.

The end result of Sano's character is someone I admire greatly. It's a little strange to think that I admire someone I made up myself. After all, I'm the one who decided that Sano must be happy and must achieve his dreams. But somehow the reverse is true too -- because I know Sano has to be happy in the end, I am forced to solve his problems creatively. In a way, that's part of Sano's allure as a character. There's this comforting feeling around him, because I know that in his world, in his narrative, things may become difficult and unbearable, but Sano has the grit to always make it through. And that as his writer, I have the power and responsibility to make it so.