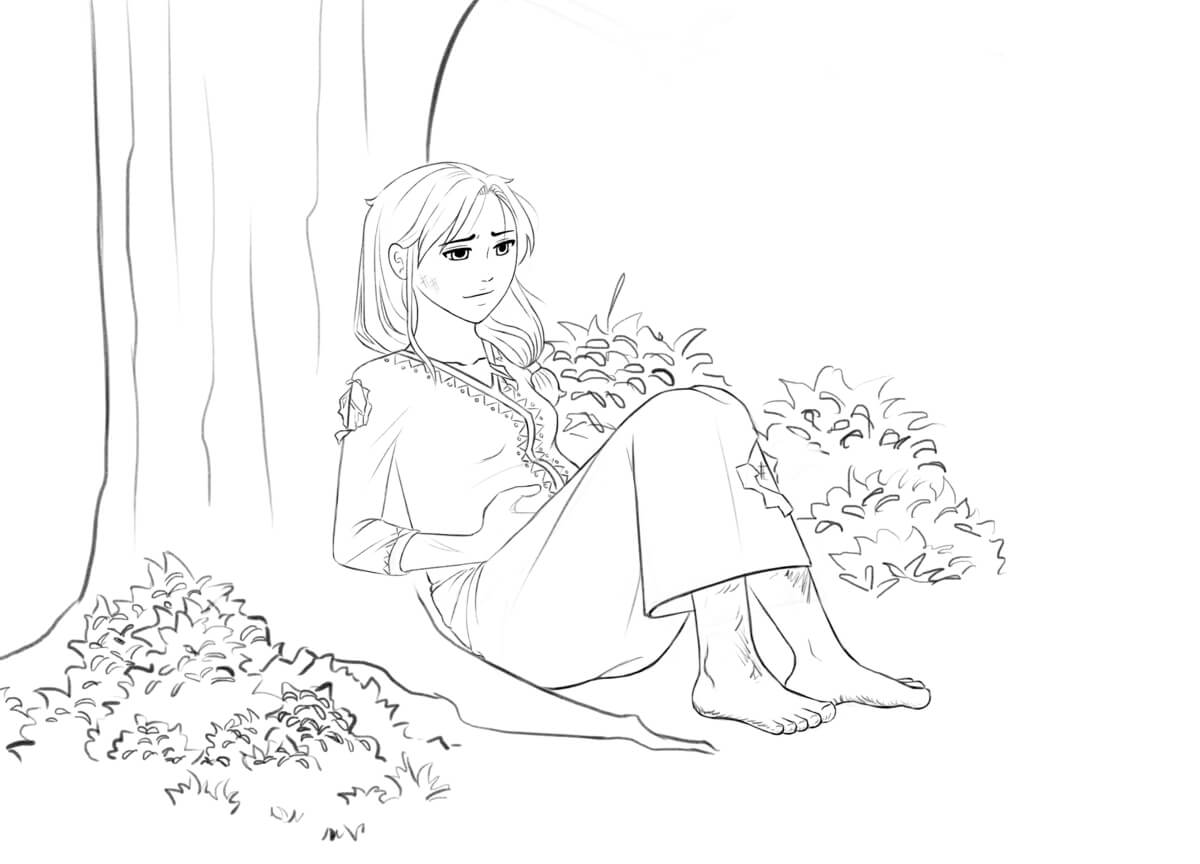 I just sent the latest draft of my story for copyediting, so I’m now back to Art Mode!

Sometimes I forget that I have a character who raised a child for sixteen years entirely alone, by herself. I do actually have a lot of feelings about Kabi, as well as a full backstory, but the novel never presented an opportunity for me to reveal much. Instead she comes off as this super capable, all-knowing character. Now that I’m wrapping up the novel, ideas for the next book are starting to pop up. I’m hoping that I can flesh out Kabi’s character more there.

Anyway, we never get to see Kabi and Sano’s life in the forest in this novel, so I decided to draw a few snapshots. I have ideas for more, but let’s start off with these. 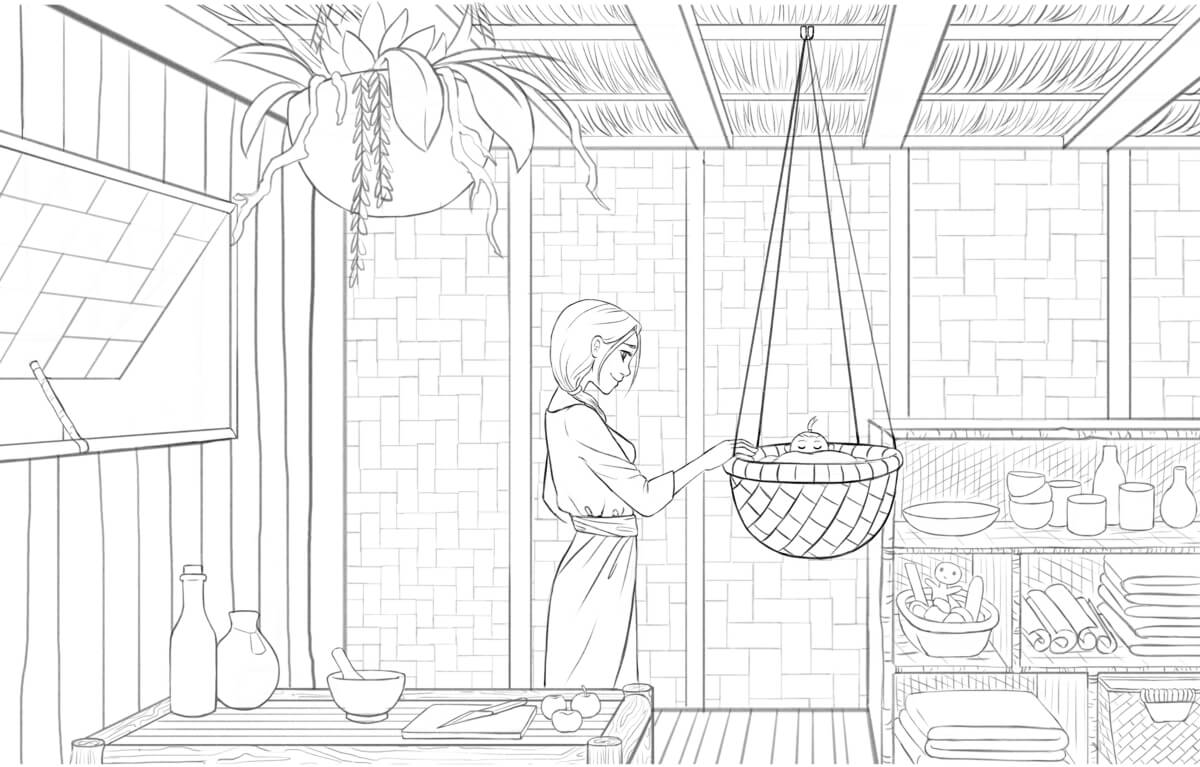 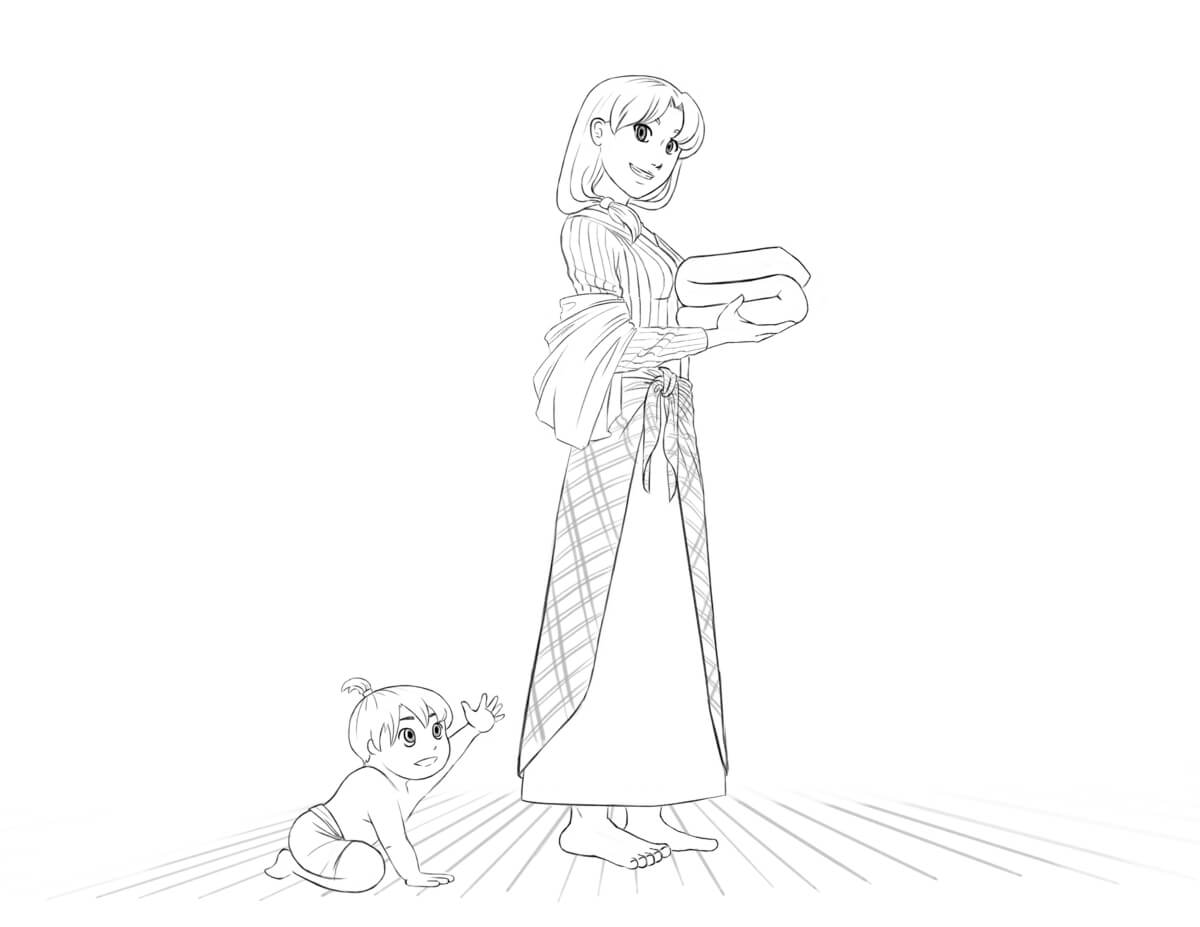 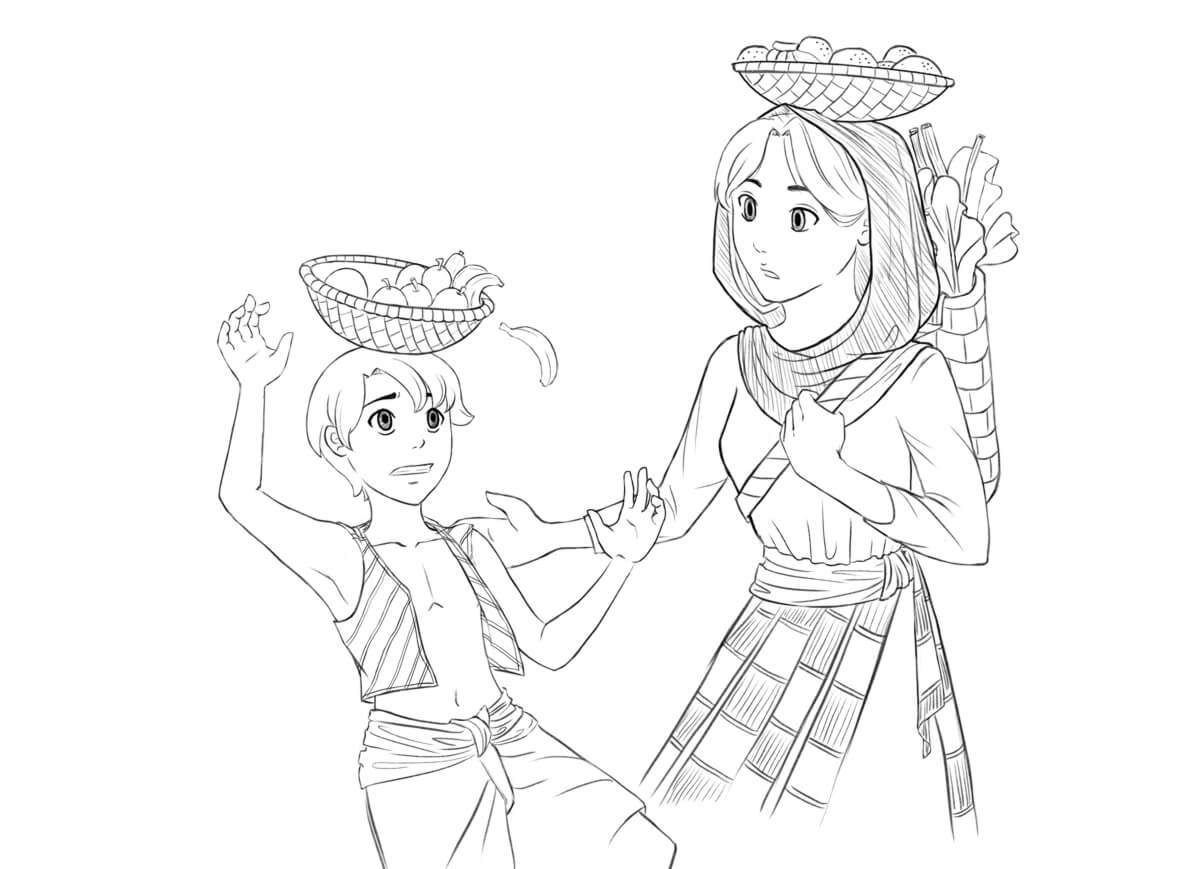